skip to main | skip to sidebar

A Massacre of the World's Poor "You're like fish that only see the bait, never the line," we would mock in return. For we believed – and quite a few of us still do - that people should not be measured by material possessions but by their ability to transform the lives of others - the poor and underprivileged; that the economy needed to be regulated and reorganised in the interests of the many, not the few, and that socialism without democracy could never work." - Tariq Ali, "Storming Heaven"

"Food riots have broken out across the globe destabilizing large parts of the developing world. China is experiencing double-digit inflation. Indonesia, Vietnam and India have imposed controls over rice exports. Wheat, corn and soy beans are at record highs and threatening to go higher still. Commodities are up across the board. The World Food Program is warning of widespread famine if the West doesn't provide emergency humanitarian relief. The situation is dire. Venezuelan President Hugo Chavez summed it up like this, "It is a massacre of the world's poor. The problem is not the production of food. It is the economic, social and political model of the world. The capitalist model is in crisis." - Mike Whitney, "Food Riots and Speculators", April 26, 2008

"The philosophy of oppression, perfected and refined through civilizations as a true culture injustice, does not achieve its greatest triumph when its propagandists knowingly inculcate it; rather the triumph is achieved when this philosophy has become so deeply rooted in the spirits of the oppressors themselves nad their ideologues that they are not even aware of their guilt." - Jose Miranda, "Marx and the Bible"

The voice of Christian tradition transcends the childish evasions of the modern megachurch, "God willed that this earth should be the common possession of all and he offered its fruits to all. But avarice distributed the rights of possession." - St. Ambrose.

What are the obligations of justice? "You are not making a gift of your possessions to the poor person. You are handing over to him what is his." - St. Ambrose.

God did not intend that property be an absolute right transcending all other rights and duties and the Christian faith has always protested this travesty of justice. Property rights are always relative to our obligations to the common good. Once we accept this teaching, we experience a strange and wondrous transformation. In the last few centuries, many have sought to break the bonds of religion in order to live what they consider fully human lives. Our acceptance of Biblical truth frees us from the tyranny of property and the sin that wedges itself between buying and selling in the words of Jesus ben Sirach (Ecclesiaticus 27: 1 - 2). Thus we are freed from submission to the inhuman laws of materialistic economics, the global neoliberalism which always privileges blind economic growth over the needs of humanity.

The original sin of modern economics is the commodification of man's life and labor. Its fundamental injustice is to make a human being's life equivalent to a certain quantity of commodities. The fact that this seems utterly natural testifies to the most effective propaganda mechanism which the world has ever seen.

Now at last the Earth itself is in revolt, sick from a severe case of global capitalism, which sees no injustice when millions have to starve so the property rights of three or four commodity traders won't be violated. Global warming is the divine response which shouts, "If only you would listen! You would not listen to my son, so now the deluge."
Posted by portinexile at 5/05/2008 11:37:00 PM

Whats up Port?!? Here is a review on the book I'm reading right now The Shock Doctrine: The Rise of Disaster Capitalism by Naomi Klein... it touches on the topic of your post... hey go check this (http://dune-messiah.blogspot.com/2008/05/this-i-want-to-go-to.html) out, its this Friday.

Naomi Klein's The Shock Doctrine advances a truly unnerving argument: historically, while people were reeling from natural disasters, wars and economic upheavals, savvy politicians and industry leaders nefariously implemented policies that would never have passed during less muddled times. As Klein demonstrates, this reprehensible game of bait-and-switch isn't just some relic from the bad old days. It's alive and well in contemporary society, and coming soon to a disaster area near you.
"At the most chaotic juncture in Iraq'' civil war, a new law is unveiled that will allow Shell and BP to claim the country's vast oil reserves… Immediately following September 11, the Bush Administration quietly outsources the running of the 'War on Terror' to Halliburton and Blackwater… After a tsunami wipes out the coasts of Southeast Asia, the pristine beaches are auctioned off to tourist resorts… New Orleans residents, scattered from Hurricane Katrina, discover that their public housing, hospitals and schools will never be re-opened." Klein not only kicks butt, she names names, notably economist Milton Friedman and his radical Chicago School of the 1950s and 60s which she notes "produced many of the leading neo-conservative and neo-liberal thinkers whose influence is still profound in Washington today." Stand up and take a bow, Donald Rumsfeld.

There's little doubt Klein's book--which arrived to enormous attention and fanfare thanks to her previous missive, the best-selling No Logo, will stir the ire of the right and corporate America. It's also true that Klein's assertions are coherent, comprehensively researched and footnoted, and she makes a very credible case. Even if the world isn't going to hell in a hand-basket just yet, it's nice to know a sharp customer like Klein is bearing witness to the backroom machinations of government and industry in times of turmoil. --Kim Hughes

I once posted on Klein's 'Shock Doctrine' here.

hey port your cell # doesnt come out on my caller id... leave it on the message next time you call...

this seems like it would be a very interesting blog to keep up with. Please come visit my site Rochester Yellow Page Business Directory when you got time.

I can see that you are putting a lot of time and effort into your blog and detailed articles! I am deeply in love with every single piece of information you post here. Will be back often to read more updates! Please come visit my site Fort Wayne Yellow Page Business Directory when you got time.

I usually don’t leave comments!!! Trust me! But I liked your blog…especially this post! Would you mind terribly if I put up a backlink from my site to your site? Please come visit my site Roofing when you got time.

I enjoyed reading your work! GREAT post! I looked around for this… but I found you! Anyway, would you mind if I threw up a backlink from my site? Please come visit my site Signage when you got time.

Congratulations, you just earned yourself an entry in my feed reader, great blog. Please come visit my site Quebec Business Directory when you got time.

There is obviously a lot more than this. Would you mind telling me how long it took you to gather your content? Please come visit my site Nova Scotia Business Directory when you got time.

Nice, I think it could be interesting to add some more entries following this one, and probably it's not only me having this opinion. Cheers! Please come visit my site Jersey City Business Directory when you got time.

Thank you for your good humor and for allowing yourself to be convinced that this was the right show for you to work on. Please come visit my site Local Business Directory Of Anchorage U.S.A. when you got time. Glad tidings to the poor, liberty to the captives, recovery of sight to the blind, and freedom to the oppressed 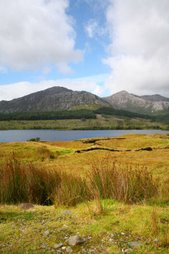 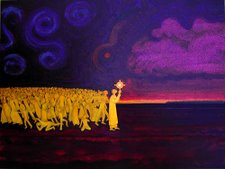 portinexile
Stranger in a Strange land...